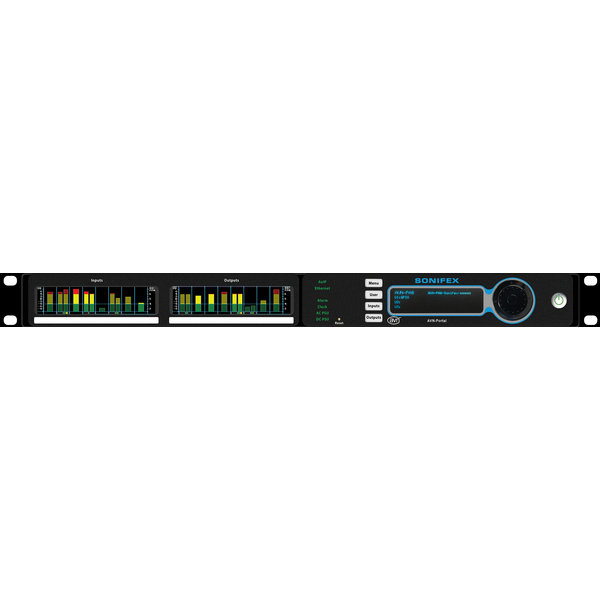 The ‘D’ version of the portal (e.g. AVN-PA8D) has two bright TFT meter displays which provide a live display of the levels of the physical inputs and outputs respectively. A rotary navigation control can be used to select a single input or output and view its metering data in a more detailed horizontal view.